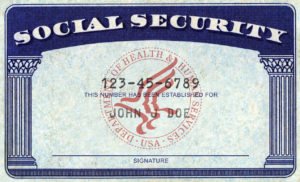 The Social Security Administration predicts that 12 million individuals will end up paying higher taxes due to this increase, out of the estimated 175 million workers who will pay Social Security taxes next year.

How is this increase calculated?? According to the Social Security Administration, the annual change is based on the National Wage Index.

Higher Medicare Taxes Due To The Affordable Care Act:

On June 28, 2012, the Supreme Court upheld most of the provisions of The Patient Protection and Affordable Care Act, including the increase to the Medicare taxes high-income taxpayers will pay starting in 2013.

Starting in 2013, the employee portion of the Medicare tax jumps from the current rate of 1.45% to 2.35% on earned income in excess of $200k for single individuals and $250k for married couples filing a joint tax return. As of now, the employer will continue to match their employees’ Medicare taxes at a rate of 1.45%, which means the total Medicare tax will be 3.8% for high-income taxpayers. This tax is reported on the Form 8959.

To increase taxes for high-income individuals even more, the Medicare tax will also apply to unearned income for the first time since this tax was enacted. People over the $200k or $250k threshold should expect to pay Medicare taxes at a rate of 3.8% on interest, dividends, capital gains, and net rental income (except for when you rent office space you own to your practice) beginning in 2013. You will pay this tax in addition to any federal and state income taxes due on this income. This tax is reported on the Form 8960.

If you’re self-employed and earn more than $400 in net profit from your business, you’re subject to social security and Medicare taxes as well. Known as the “self-employment tax”, you’ll need to complete a Schedule SE to calculate this tax, and then report the amount due on page 2 of your Form 1040.

The self-employment tax is based on a social security tax rate of 12.4% and a Medicare tax rate of 2.9%. These rates are double those paid by employees, since a self-employed person must pay both the employee’s portion and the employer’s portion of both taxes.? Remember, when you work as an employee, your employer matches the Social Security and Medicare taxes withheld from your pay.

Unlike most other taxes, when dealing with self-employment taxes, the more you earn, the less you pay in taxes.? If you earn income as an employee and as an independent contractor, and your combined income exceeds $127,200 in 2017, make sure to complete Section B of the Schedule SE. Otherwise, your tax calculation will be incorrect and you’ll end up overpaying your self-employment taxes.

For 2017, each of your employers withholds social security taxes from the first $127,200 that you earn from them.? If you work for more than one employer and your total salary from all sources exceeds that threshold, you’ll have excess social security taxes withheld. Make sure to claim a credit for these excess taxes on your 1040 as additional federal taxes paid in.

A great place to find out more about your social security taxes and projected benefits is at the Social Security Administration’s website located at www.ssa.gov, or learn about what’s new for the 2018 Social Security Changes.

This site uses Akismet to reduce spam. Learn how your comment data is processed.